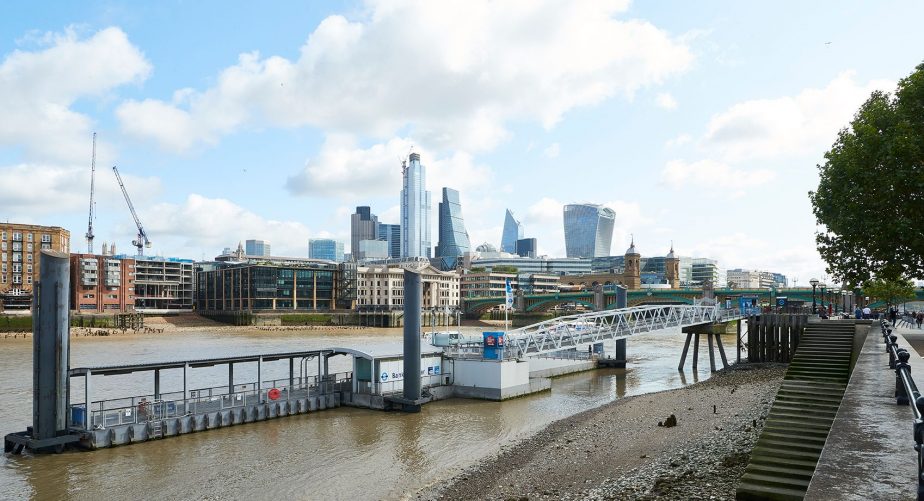 We step into 2020 with news that we have retained our Film Service contract with our inaugural borough!

We created Southwark Film Office back in 2005, marking our first ever contract as a Council Film Service provider. Fifteen years on, we are proud to continue our work in one of the capital’s most film-friendly boroughs. To celebrate this milestone, we’ve rooted through the archives to reminisce over some Southwark filming highlights since 2005. Join us on a little trip down memory lane…

The announcement of a Doctor Who revival in 2005 was a generation-defining moment. After a 16-year absence from the screen, anticipation was rightly at fever-pitch and Southwark’s Brandon Estate had a vital role to play. It featured as Powell Estate – the fictional home of Doctor’s companion Rose Tyler (Billie Piper). To this day we are grateful to the residents’ support in letting a flying police box and alien Time Lord crash land on their doorsteps.

What: Hereafter
When: 2011
Where: Pullens Building

We are lucky enough to have some of London’s most fantastic vantage points in Southwark. From the views of Tower Bridge at Butler’s Wharf to views of the shard from the Albert Barnes rooftop. In 2011, our beautiful views attracted one of Hollywood’s biggest hitters. Clint Eastwood took a trip across the pond to direct scenes for Hereafter. The production filmed at Camberwell Cemetery and headed up to the rooftop at the More London estate. As far as film credentials go, Clint’s visit to Southwark makes a pretty impressive tick in the box for the borough.

What: Damilola, Our Loved Boy
When: 2016
Where: Silwood Estate

One element of being a Film Service is the opportunity to be a part of telling important stories. In 2016 we facilitated filming at Silwood Estate for feature-length drama Damilola, Our Loved Boy (Minnow Films, BBC One). For obvious reasons, this was no ordinary shoot. We knew that the local community needed to be engaged, respected and supported. We influenced the decision to cast a local schoolboy (Sammy Kamara) as Damilola and created opportunities for local residents on set. FilmFixer Chairman Andrew Pavord said at the time, “This is a local film, through and through, and one which the production, and our community, should be extremely proud of.” It certainly stands out as a proud moment for us.

What: Red Nose Day Actually
When: 2017
Where: Bankside

In 2017, Southwark Film Office played a pivotal role in bringing Love Actually to life again for Comic Relief. Richard Curtis and his cast of beloved megastars touched down at Bankside to film the mini sequel after the production’s initial locations fell through at the last minute. We stepped up to the plate – turning around permits in record time and lowering fees in support of the fundraising efforts of Red Nose Day. Read more about what went down here.

What: Christopher Robin
When: 2018
Where: Trinity Church Square

We had a visit from a very special bear on a very special square in 2018. Trinity Church Square is one of Southwark’s many gems thanks to its beautiful, well-preserved terraces. The Christopher Robin shoot stands out in our memories thanks to the amazing work that Location Manager Lindsey Powell and her team did in the run up to filming. Their excellent communication with residents was a perfect example of best practice, proving how smoothly a shoot can go when the film industry engages with the local community!

What: Top Gear
When: 2016
Where: Great Suffolk Street

How could this one not catch our eye? In 2016 our very own Great Suffolk Street – home of the FilmFixer office – had a visit from the Top Gear team, no less. The shoot involved rally driver Kenneth Block and Matt LeBlanc zooming around in a one-off customisation of a 1965 Ford Mustang, known as the Hoonicorn. Made possible with the support of Southwark’s fantastic Highways team.

This is just a tiny collection of the filming triumphs we’ve seen since the creation of Southwark Film Offices, of course. It’s also just a small glimpse of the wealth of locations that the borough has to offer. Check out our location library here for hundreds more.

Over the years we’ve facilitated blockbusters at Bankside,  TV dramas in parks and music videos in markets, we’ve provided stunning backdrops for adverts and editorial shoots, and we’ve supported more student and charity productions than we can count. More importantly, though, we’ve seen the good that filming has done for the borough’s economy and for its residents. These are benefits that continue to grow by the year.

Thank you to all of the film industry professionals, Council staff, Southwark residents and local businesses who have been a part of it. As we move into a new decade and a new phase of the contract, we look forward to even bigger and better things for Southwark Film Office!