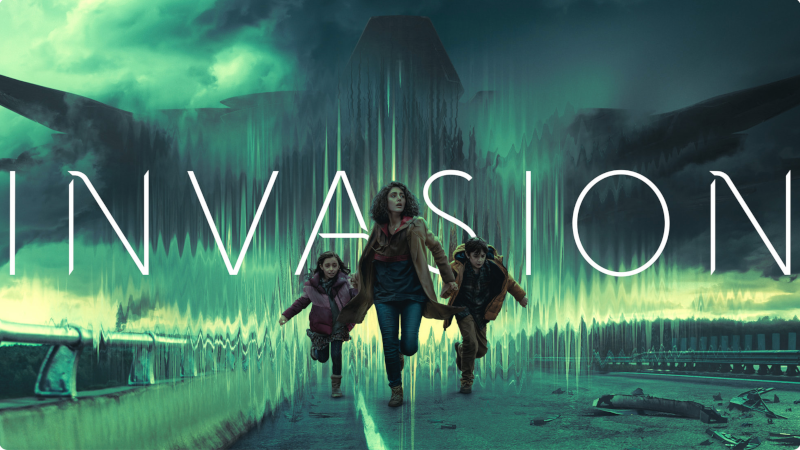 Get the underground bunkers ready! Apple TV’s latest biggie, ‘Invasion’, tells the story of an alien species that visits earth and threats humanity’s existence – and parts of it were filmed right outside the FilmFixer office.

The sci-fi series stars Sam Neill, Shamier Anderson, and Golshifteh Farahani and follows five ordinary people from across the world as they confront an alien invasion of Earth. The drama was rumoured to have a $200 million budget, and smartly takes a big idea — aliens are coming and are hell-bent on taking over every part of the world — but explores it through a series of small, intimate stories.

FilmFixer locations across London feature as apocalyptic scenes unfold, involving explosions, power outages and co-ordinated nosebleeds. An empty floor of 90 Great Suffolk Street in the borough of Southwark was used to be dressed as two sets – one a bedroom, the other an American Embassy where world affairs are discussed.

Also look out for Borough Road in Southwark, where Southbank University stands in for a hospital location. Things turn nasty for two earthlings as they find themselves trapped and under attack by aliens in the middle of Borough Road.

The borough of Islington also makes an appearance. Cloudesley Square in N1 features as Shamier Anderson (starring as US soldier Trevante Cole) approaches the barricaded street that has been shut off by a double decker bus.

Look carefully and you’ll be able to see the FilmFixer offices feature too!