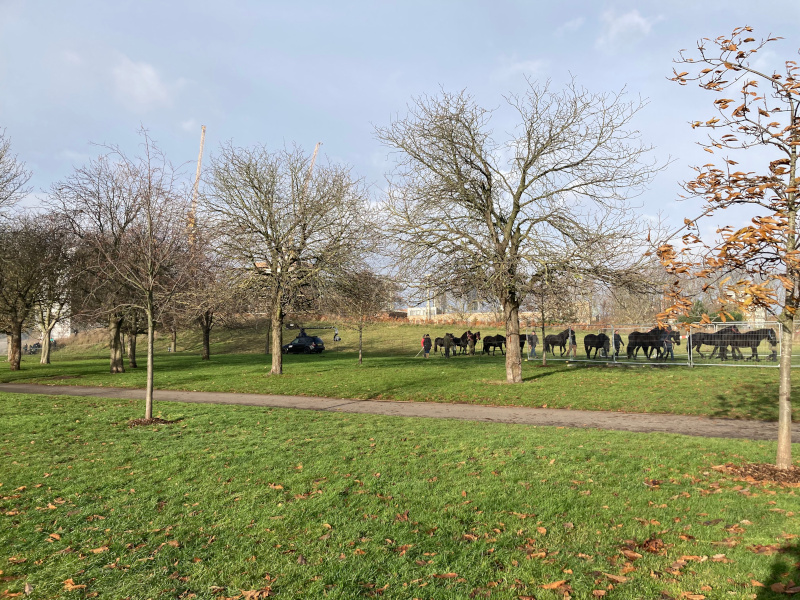 The brand new Lloyds Bank advert is out, with Burgess Park in the FilmFixer borough of Southwark featuring, alongside a spectacular troupe of the bank’s trademark black horses, as shown in this great behind the scenes footage.

Anyone who thought they might be CGI’d is proved spectacularly wrong as the iconic black horses gallop gracefully through the neighbourhood streets and onto the grassy open spaces, including Burgess Park. There is a moment of quiet calm as the beautiful animals are met and greeted by a young girl, before they gallop away once again. Filming also took place in the FilmFixer borough of Haringey in St Michaels Terrace.

At 56 hectares, Burgess Park is Southwark’s largest park, stretching from Camberwell and Walworth in the west to Peckham and the Old Kent Road in the east. As a location it offers many natural settings, which include expanses of green as well as small flower gardens. It has a lake, a fantastic BMX track and a number of different play areas. Roads alongside the park can also be used as unit bases.