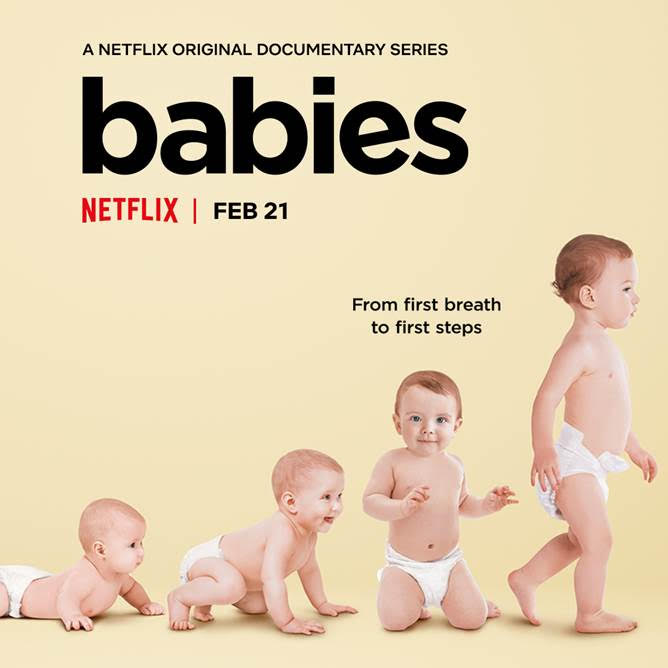 Babies will look at the science of our development as humans and the magic of childhood.

The series is made by Nutopia, who are known for their groundbreaking factual shows. It lands as six episodes on Netflix on Friday 21st February. Each episode will explore different aspects of the first year of human development. So there’ll be expert input from relevant scientists and, more importantly, lots of adorable babies.

As is often the norm for documentary filming, the production were on location here, there and everywhere. They filmed observational segments and walk & talks in a grand total of eight FilmFixer boroughs. Our FilmApp dashboard was full of applications for parks, streets and libraries, often with live applications in a handful of boroughs at once. In these cases, our Film Coordinators are especially key. They work hard to meet a production’s needs across London and to juggle lots of low-key applications across multiple boroughs. It’s a masterclass in multi-tasking! Below are just some of the locations where filming took place…

Contributors picnicked in the park and admired the wildlife by the river. We’re particularly partial to the park’s striking bandstand.

This iconic location provided lots of interesting backdrops for the parents and their babies, who even got a glimpse of the park’s famous dinosaurs.

This spot in South London is such a brilliant vantage point. The skyline views are awesome and 360 degrees, so it’s no wonder that it was used to pick up some GVs.

A family BBQ was filmed at this area of natural beauty in Croydon. It’s a sprawling 28.5 acre site, transporting you to a countryside haven without ever having to leave London.

As if that wasn’t enough, they also carried out street-filming in Lambeth and Southwark, a shoot in Bexley, and a day spent filming at Swiss Cottage Library in Camden, which has a number of hire spaces that often prove perfect for documentary filming. Catch the show on Netflix now!

“Delight in the excitement, witness the evolution, fall in love, explore the mystery and the science behind babies”