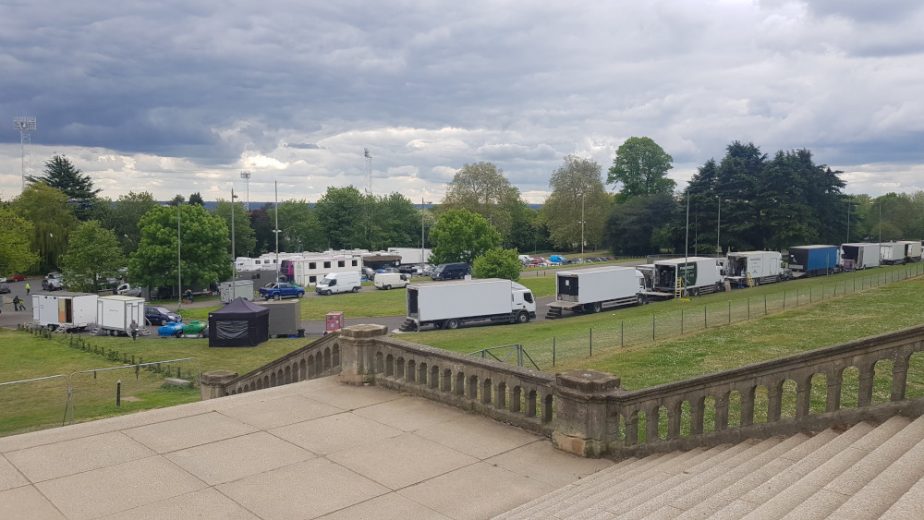 Jared Leto is a biochemist-turned-bloodsucker as he makes his debut in the Marvel Cinematic Universe (MCU) in Morbius: A living vampire, torn between his human and monstrous sides, in this eagerly-awaited superhero offering, which also co-stars Matt Smith.

FilmFixer locations across London feature in the upcoming release, with Crystal Palace Park in the London Borough of Bromley being dressed to double as New York’s Central Park. NYPD cop cars and actors in uniform were brought in to create a slice of the Big Apple in South East London.

Morbius was one of the largest shoots the park has ever seen, with a lot of props and a touch of special effects, the park terraces were soon forgotten amongst the bustling Central Park that stood in their place, with care taken to ensure the park was looked after. Large ornate planters were added to the existing plinths and the production even constructed a fully-functioning replica of the Central Park fountain to help achieve the perfect surroundings. The fountain added such charm and authenticity to the shoot, that some locals said they wanted it to stay, because it looked so good!

Bromley Council and idverde, the Council’s parks management contractor, were heavily involved, offering advice and supporting the production by establishing a suitable parking area for the large amount of equipment and vehicles that productions require.

The production had paid work placements for new entrants to the industry, two of whom were local residents from the area. This fantastic opportunity gave the production the chance to give back to the community and provided the new entrants with hands-on experience in what can be a difficult industry to get access into. FilmFixer and Bromley Council are committed to getting paid placements onto as many productions as possible and welcomed the opportunity that the production offered.

Lovers of London and its most famous landmarks will also recognise the action sequences and scenes shot on the IWM’s cruiser, HMS Belfast, moored on the Thames just near Tooley Street in the London Borough of Southwark.

Morbius gets its UK release date on 21 January 2022